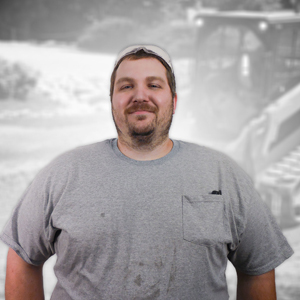 Prior to the start of my career at Cleveland Brothers, I joined the US Army back in 2004 and trained as a generator technician while I completed my basic training in Fort Knox. I was stationed in Germany soon after where I learned that they didn’t need me as a generator tech, because they already had seven or eight techs.

Instead, I was placed in the infantry division and deployed to Iraq. Among other responsibilities, I worked on generators throughout my five-year career in the Army. After two tours in Iraq, I knew I experienced all of my luck and was ready to move on.

After deciding to leave the military and join civilian life, I knew I want to live the American Dream. I wanted the house with a white picket fence, my kids playing in the yard, a car in my garage, and be the sole provider for my family.

Cleveland Brothers gave me that opportunity.

From the Army to a Career at Cleveland Brothers

I started my career at Cleveland Brothers in November 2010 as a generator technician servicing Cat generators, mostly for the rental fleet. I did this for close to two years. During my time in this role, I began to struggle with the transition back into civilian life. My manager at the time, John Borys, noticed my work ethic going downhill and recognized that something was wrong.

As a veteran himself, Borys sat me down and we talked about the issues that I was having. He worked with me to put together a plan to help me get back on the right track. Part of that plan was to seek support from Veterans Affairs on coping with my PTSD. In order to have ample time to cope, Cleveland Brothers and Borys allowed me to take some time off from work.

After my time off, I returned to Cleveland Brother. As part of our original plan, I began working in the parts department temporarily. The goal was to work there until I was comfortable moving back to my original position as a generator technician.

As time went on, I began to enjoy my job in the parts department. I worked hard, great at what I did and decided that it was the right position for me and stayed with the parts department. I really enjoy the structure of my day, from clock-in to pick, packing and shipping orders out, to clock-out. I also specialize in building hydraulic hoses to order each day – I’m known as the “Hose Guy”. As a veteran of the military, I can appreciate the structure; I know what is expected each day.

Why did you decide to work at Cleveland Brothers?

This is actually a funny story. I’m originally from Long Island, NY and after I left the military, my medical platoon leader told me that there were a lot of generator technician jobs in the Lancaster, PA area. I found an open position with Cleveland Brothers at the Lancaster branch. When I applied for the position, I accidentally applied for the Wilkes-Barre branch.

As I traveled down for my interview from NY, I passed by the mountains and really loved the woods; it had a calming effect. Wilkes-Barre is the opposite of Long Island which I like.

My interview was with John Borys and being a veteran himself, he helped me realize that I could live the American Dream  that I wanted. I felt like I could be the provider for my family and do it on my own.

My dream came true: I have my own house, my own car, and my wife is able to stay at home and raise our two kids.

What makes Cleveland Brothers a great place to work?

The people. My coworkers. I can joke around with them and it makes the day go by fast because I’m having fun while I work. We all get along with each other. Especially knowing that I have PTSD, it’s nice to feel safe with the people I work with.

Also, I’m very family-oriented. So I like that the work hours allow me to balance my life with work and my family. I can spend more time with my kids.

If you were to describe Cleveland brothers in three words, what would they be?

Why did you decide to work for a Caterpillar dealer?

Back in Long Island, you don’t see much Case or Komatsu. Mostly Cat equipment and John Deere. I knew Cat generators were the equipment I wanted to work on.

What is it like working for a Caterpillar dealer?

Caterpillar is a big brand. They’re well-known. Before I worked on hydraulic hoses, I was a parts deliverer. That gave me a chance to see our customers face-to-face. Receiving the Cat parts was taking a lot of weight off their shoulders because they are getting parts they can count on to get their machines up and running.

Do you have any advice for people thinking of applying to work for Cleveland Brothers?

Just do it – apply for the job. Everyone gets along with everyone. I even referred my step-father to a position at Wilkes-Barre. He started about a month ago.